Top-down managerial arcade football game partially inspired by Player Manager, a game originally created in 1990 by ANCO as an spin off to the classic "Kick Off" game. After well over 2 decades, Player Manager is back on modern PC, Tablet and smartphones, supported by a huge fan community beginning in late 2012. It is currently developed by Kick Off World Team the International Kick Off community authorised to use original artworks from the Author Steve Screech.

Top 10: Games for Premier League Fans - The Soccer Player Manager 2016 is one hell of a mobile title to consider if you miss proper footie games - Android Headlines

9 Android Soccer Games for the Armchair Football Manager - When I saw this particular title in the Google Play Store, I could barely believe my eyes. This is a near-perfect clone of the classic Amiga 16-bit title Player Manager, with the match engine based on Kick Off 2 - MakeUseOf

Top 3 Football Manager Games On Android Phones - Soccer Player Manager would appear like a repeat to the exemplary 16-bit Player Manager amusement  which was the primary football computer game to permit gamers to carry out their specialty as both the supervisor and player. - Gamers Lodge

Best Classic Amiga Games on Android - this is a must have game. If you didn`t own Kick Off or Player Manager then you`re missing the most revolutionary soccer management game ever created. This is the most fast paced soccer game ever developed and with the most accurate ball control and physics.-  Tall Tech Talls 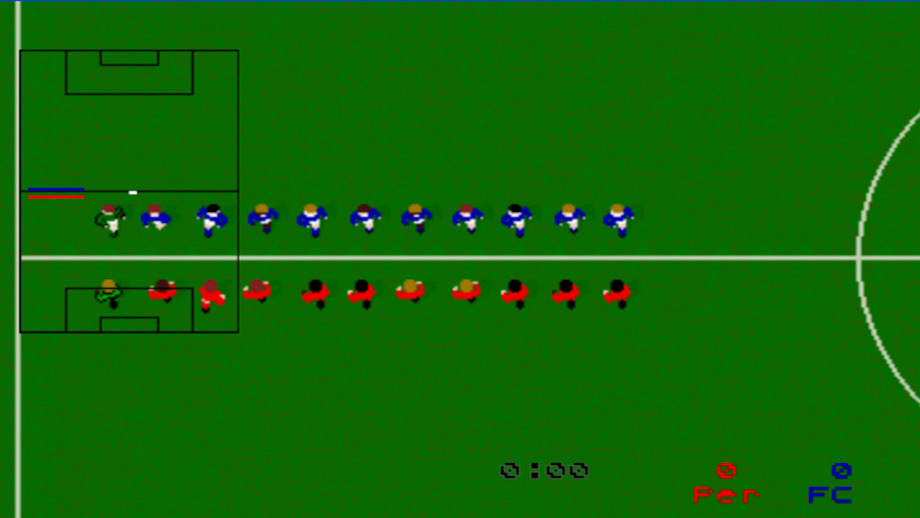 Both Player Manager and The Soccer Player Manager 2016 revolve around simple game play. The ability for any user to create their own teams and career experiences using the provided team editor. Over the years, the community has created hundreds of teams, tournaments and pitches to enhance your football experience.

You're playing as an International class football player that takes charge of a third division club as Player Manager. His brief is simple - Bring Back The Glory Days. His success depends on his playing skills on the pitch and managerial skills in devising winning tactics, acquiring the right players from the transfer market and building a team worthy of the highest honours. 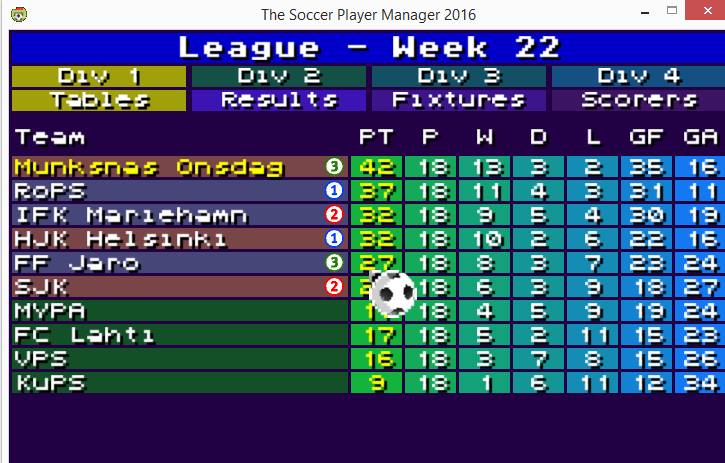 The mix between management and arcade is the best to have appeared in any soccer game, making it enthralling and addictive. There is a whole slew of extra options and choices that, added together, make this an unique managerial game. If you did own Kick Off, Kick Off 2 or Player Manager then this is a must have game. If you didn`t own Kick Off or Player Manager then you`re missing out on the most revolutionary soccer management game ever created. This is the most fast paced soccer game ever developed and with the most accurate ball control and physics. 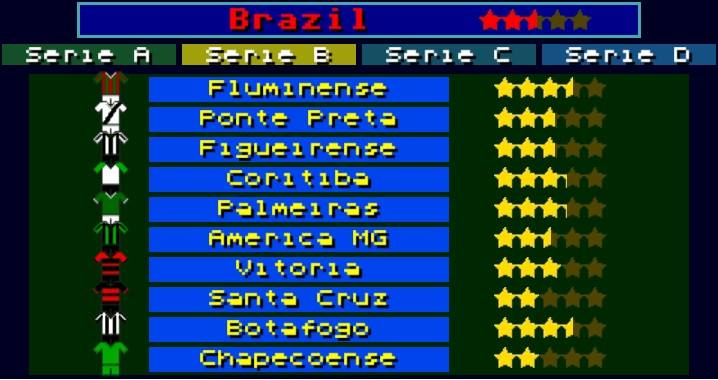 - It's now possible to play with any club teams on easy & normal mode.

If You like The Soccer Player Manager try also AfterTouch Soccer, our Arcade Football game: https://kickoffworld.itch.io/aftertouch-soccer

THIS GAME IS PRIVATE, ANY COPY OF THE GAME AVAILANLE ONLINE ARE HACKED COPIES NOT FROM KICK OFF WORLD TEAM,  ASK AN ORIGINAL UPDATED COPY ONLY ON THE OFFICIAL TELEGRAM GROUP;

the Telegram group is private, you need to firstly ask to be a member.

hey guys, i was an avid fan of this game back when i was a kid. had it on the amiga and spent many an hour on it. id love to be able to play it again, how can i download it?

How do I down load this game for pc

This game is sweet

I noticed a couple of bugs :

- The .swf game doesn't work on Firefox but only in Chrome.
- Both the "extra training" and "take a break" buttons do nothing (no matter if it's running on windows, linux, flashplayer ...)
- It's impossible to use the keys "1" and "2" on Linux and Windows if one want to change the colors of the shirt color of the teams during a match. It works on Android and FlashPlayer though.

Reply
Kick Off World4 years ago

swf game won't be update anymore because there's no more support from the browsers, intact actually you can play only on chrome

Also we're actually rewriting the game  so all this small bugs won't be anymore on the upcoming version!

Great to know you are still working on it !!
When do you think it will be ready ?
Is there anyway to help ?

Hi, thanks a lot, to create this game. Its amazing i playes as child i dont know, a few 100 hours lol......    I have a small problem at this version, the penalty do not shot at the indicated  arrow. Is this problem  known? Is this only a problem with my  joysteck?   or can i shot the penalty with  the keyboard? Best regards

Reply
Kick Off World4 years ago

Thanks for reporting the problem, we're currently rewriting and updating the game so this problem won't be anymore!

Where can i contact about minor trouble shooting issues?

Will post them here if ok as cant find a direct contact link.
1. when i start the game the window instantly goes in to the bottom right of my screen and if i go in to full screen F1 i still can only see the top left of the game screen. ( fixed this with compatibility mode)

2. when playing at 100% speed after 19 minutes of game time the game slows to a crawl (maybe 50%)
Im using Windows 10  and running the game through windows 8 compatibility mode. ( Not fixed but Managed to get a game to make it too 32 minutes before slow down using compatibility mode)

Thanks for any help,i played this to death in my youth and would love to be able to enjoy it again

hi Dan, we're facing some problem on windows 10, our suggestions are: update you graphic driver and/or use the portable version which works perfectly on every PC on a browser or with flash projector.

Hi. Firstly, let me say "WOW!!!" - This looks like a real labour of love and thanks for recreating this absolute classic. I have a question though, are you planning at any point in the future to make the Android version work with an external controller such as a MOGA wireless game pad or an xbox 360 like you can on dosbox or mame?

Also, is the 2016 update pack meant for Android and how is it installed.

Thanks again - this is the stuff the internet was made for - well done guys!!

Oh - one more question, why does my team play better when I watch them as opposed to just getting the result?

There's not a plan to introduce official support to wireless controller since our development software doesn't support them yet. Probably we'll have a support to those controller anytime soon.

The 2016 team update is for PC versions, latest android version has already the latest update. Soon we'll release an updated version with 2017 teams ;)

Your team should play the same on the each game speed: instant result, fast game, normal speed so it's quite strange to have better results watching the game.

I'm not that tech savvy and need help incorporating the 2016 Teams & Players Database Update into the base game plz. Thanks BTW and keep up the good work!!

hi! The 2016 update is for PC version only, you just need to overwrite the files on the same directories

Where are stored the saved game on Android, Linux and Windows ?
I want to share my saved game between all my computers.

Keep up the good work guys !

hi, you should find the saves on careers folder on windows/linux version. You can't share your android saves actiually but on the next version you'll be able to save everything on the cloud so it'll be available on all devices connected to internet ;) (you'll still able to save it locally)

I have a problem with the sound files on PC (silent). Windows 8.1.

Could you help me with that issue ?

NB: Thanks for the "joytokey trick". Works perfectly with a ComPro USB !

very strange, did u put the sound off? Try click "A" button. Nice the joytokey works for you! We also testing Antimicro to emulate joystick on keyboard key which is 100% open source https://github.com/AntiMicro/antimicro Probably we'll add it to the game!

is there a way to play on Android (Samsung tab 4) with a gamepad ? I've xbox gamepad and others but i can't manage to play with. I hope you have a solution because i really want to play Kick off !


Reply
Kick Off World6 years ago

gamepad on Android are not supported, sorry, you can slow down the game speed and choose an easier ball control though.

Hi,
the game is amazing, thanks for putting the effort in making it!!
Is there a way to play the PC version with a joystick? Keyboard is not really the best for Kick-Off style playing.

Thanks!!! :) It should already working with all joypads, you can try a software that let the joypad emulate the keyboard like: http://joytokey.net/en/

Been playing the SWF version but lose my saved games when Shockwave crashes - where is the saved data stored so I can copy it?? BOTH Mozilla and Chrome??

We just updated all versions to 1.1 so you should not have crashes anymore!

We're sorry for what happen but we recommend to use PC/mobile version if you want to start a long career as we don't know where exactly Flash is storing our saves.

We just fixed this problem, if you still can't download Windows version try disable the popup blocker on this website.

This is an awesome remake / update of an all-time classic, fantastic job guys!

thanks CaptainD!! We tried to preserve the real spirit form the original game.

We also hope to release a kick Off spinoff soon so to arrange tournaments with Player Manager teams and tactics!

Do you mean true multiplayer? That would be awesome! (Though I would absolultely have to get a proper gamepad before facing anyone, playing on the keyboard is not the best :-D)

it won't be possible to play together with a friend, it'll be a single-player only since it'll be a direct spinoff from our Player Manager game.

If you're going to buy a gamepad, better buy one with at least 2 buttons, otherwise there would be problems! 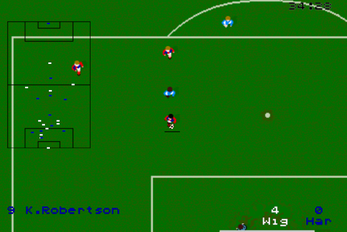 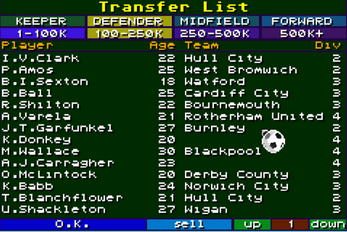 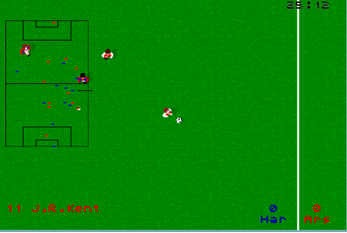 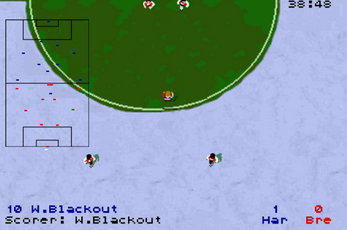 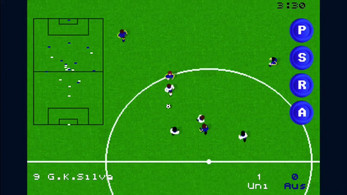 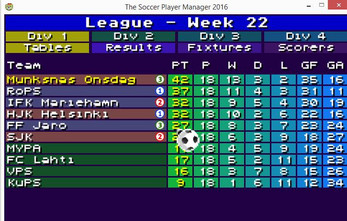